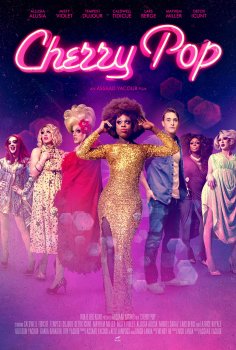 Title
Confirmed and upcoming movie titles only! Search before adding to avoid dupes.
Cherry Pop
Year
The year the movie is set to be released.
2017
Director
Assaad Yacoub
Genre
Pick one or multiple movie genres.
Cinema release
First cinema release date in any country.
September 22, 2017
Description
The debut feature film from Assaad Yacoub, "Cherry Pop" has finally had its release date set, September 22nd, 2017. Based on a script from Nick Landa, about a crazy night in the life of a small local bar's drag show.
Where you watch
Downloads and Streams