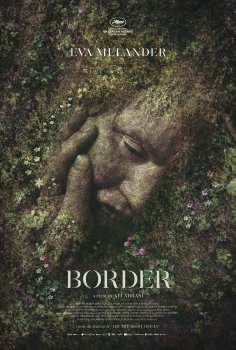 Title
Confirmed and upcoming movie titles only! Search before adding to avoid dupes.
Border
Year
The year the movie is set to be released.
2018
Director
Ali Abbasi
Genre
Pick one or multiple movie genres.
Cinema release
First cinema release date in any country.
October 26, 2018
Description
“Border”, (also known as “Gräns”), is the second feature film directed by Ali Abbasi, starring Eva Melander as a disfigured customs agent. Her uneventful daily routines suddenly change forever due to a traveler with similar facial deformities arriving, she begins her investigstion despite a subtle attraction to him. What comes next is an unpredictable series of twists and turns, each will leave you more stunned than the last.
Where you watch
Downloads and Streams

Is there a Border torrent or stream available?
No, not yet.

When will Border officially be available?
As of now, there's no release date announced. This includes official services such as iTunes, Disney+, Blu-Ray or DVD release.