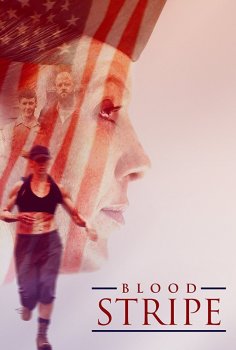 Title
Confirmed and upcoming movie titles only! Search before adding to avoid dupes.
Blood Stripe
Year
The year the movie is set to be released.
2017
Director
Remy Auberjonois
Genre
Pick one or multiple movie genres.
Cinema release
First cinema release date in any country.
September 29, 2017
Description
After U.S. participation in the 20th century’s “Great Wars” turned to participation in some not-so-great, still-debated wars, Hollywood tended to take a few years before offering critical fictive input on those conflicts. But American deployment in Iraq and Afghanistan continues to drag on, whatever happy-face scenarios are offered to the media. While we await the big W.-era propaganda critique of Ang Lee’s literary adaptation “Billy Lynn’s Long Halftime Walk” this fall, “Blood Stripe” delivers a smaller-scale weighing of the “War on Terror’s” toll on average grunts. Veteran actor Remy Auberjonois’ polished feature debut provides an impressive showcase for co-scenarist Kate Nowlin as a career Marine derailed by PTSD upon return to civilian life.

There’s not much more plot. This drama, written by Ms. Nowlin and her husband, Remy Auberjonois, who also directed, centers on Sarge’s inner struggles. Other than a few references to her combat service and to a physical injury she sustained, the script relies on subtext and Ms. Nowlin’s expressions to convey her condition. She’s up to the task; even in the many silent moments, she’s compelling.
Still, while this worthy film sidesteps clichés — there are no horrid flashbacks or emotional speeches — its sparseness occasionally feels planned rather than spontaneous. After a powerful first half, later scenes offer diminishing returns.
To Marines, this is Gospel, so much so that making corporal in the Marines is called “earning your Blood Stripe.” Back in the day, newly minted corporals would also get their legs pummeled when they got their stripe, but that was mostly phased out after hazing gained public notoriety. The tale of the Blood Stripe is firmly entrenched in Corps culture, but like an ant getting vaporized by a kid with a magnifying glass, it wilts under closer scrutiny.

“While a wonderful story, and one that is taught to incoming recruits, it is only a story,” Beth L. Crumley, of the Marine History Division, said in an e-mail. The Marines first started wearing the scarlet stripe on blue pants in 1840, borrowing the tradition from the Army. Moreover, seven Marines were killed at Chapultepec out of a force of between 400 and 450 Marines.
This subject has been presented before, but never in this way. Completely captivating, Nowlin holds the screen as we live vicariously through her. The entire cast is superb. The cinematography is first rate, thanks to Radium Cheung (Tangerine, The Sinner, Billions). The final element of Blood Stripe is the music. Michael Friedman (Music Consultant), Mason Jennings (Musical Advisor, Ghost Town, I’m Not There, Parenthood, How I Met Your Mother, 180 South), Chris Robertson (True Grit, No Country For Old Men, Burn After Reading), and Musical Editor, Matthew Stine, combine the visual with hauntingly beautiful songs and music from an array of super talented artists. The result is magic. Do yourself a favor, and catch this movie. I highly recommend Blood Stripe, an entertaining and quality film.
Where you watch
Downloads and Streams

Is there a Blood Stripe torrent or stream available?
No, not yet.

When will Blood Stripe officially be available?
As of now, there's no release date announced. This includes official services such as iTunes, Disney+, Blu-Ray or DVD release.