Mr. Meeseeks   April 29, 2019
Add to list
Receive an email once the selected quality (or above) has been reported 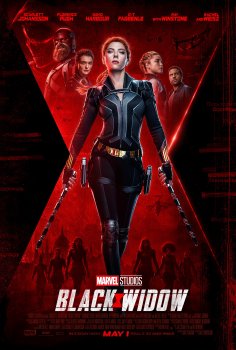 Title
Confirmed and upcoming movie titles only! Search before adding to avoid dupes.
Black Widow
Year
The year the movie is set to be released.
2020
Director
Cate Shortland
Genre
Pick one or multiple movie genres.
Action
Cinema release
First cinema release date in any country.
July 09, 2021
Digital release
Official digital release date on services such as iTunes, Amazon, Netflix. It's the first known release date, without any country restriction. So if it's out on iTunes Russia first, this would be the digital release date.
July 09, 2021
Description
UPDATE: After a long series of delays, Disney set a July 2021 release date for Black Widow. The film will be released simultaneously in the theaters and on Disney+ - with additional fee, like the previous titles released this way. Still, the Marvel Studios production should leak as well, in a first hour of being available online. The original post about BW follows:

After years of wavering commitment and indecision to the character, Marvel is bringing the backstory of Black Widow to life in the upcoming prequel film of the same name. But when is it coming, why did it take so long, and can I download it right now?

So, why did it take so long to get made?

To understand the answer, you will need to look back at the days before the Marvel Cinematic Universe.
Long before the MCU was launched in 2008 with Iron Man, a Black Widow movie was actually in development and at that time, Lionsgate controlled the character rights. They even hired David Hayter to write and direct the film and he completed the screenplay that was close to the comic book origins of Natasha Romanoff. However, just like Iron Fist, the project was shelved before it could advance. It happened primarily due to the poor performance of 2005 movie Aeon Flux, which failed to recoup its $65 million budget. According to Hayter, that was the final nail in the coffin and they decided that it wasn’t the time to do the Black Widow movie.
In 2010, Black Widow movie rights reverted to Marvel with the big-screen debut of the character in Iron Man 2. After that, Black Widow has become the staple of MCU which has ultimately led to the upcoming standalone film.

When does the Black Widow take place in the Marvel Timeline?

While we know Scarlett Johansson returns, who plays Taskmaster?

The actor playing Taskmaster in Black Widow movie has not been revealed and for good reason; Taskmaster is a big mystery in Marvel and it seems the producers want to keep it that way. Many are speculating that it may actually be Yelena Belova played by Florence Pugh or Melina Vostokoff played by Rachel Weisz. There’s sure to be some sort of reveal in the ending.

When is the release date?

The initial release date of Black Widow was May 1, 2020. However, the movie didn't hit the theaters because of the growing COVID-19 concerns.

Because of the coronavirus outbreak, many studios have been forced to get creative. Some have decided to release their films online. It's been a busy time for Where You Watch reporters. However, Marvel is not one of those studios. While they have decided to postpone the Black Widow, there is no word of it becoming officially available for stream or download with its release. So, when the movie releases, we're looking at the usual bunch of torrents, cams and VOD rips. Until then, we have to patiently wait here.
Where you watch
Downloads and Streams