Mr. Meeseeks   October 18, 2018
Add to list
Receive an email once the selected quality (or above) has been reported 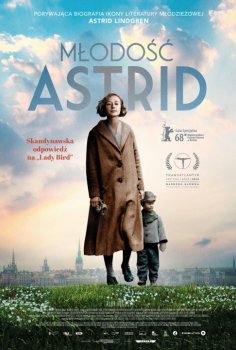 Title
Confirmed and upcoming movie titles only! Search before adding to avoid dupes.
Becoming Astrid
Year
The year the movie is set to be released.
2018
Director
Pernille Fischer Christensen
Genre
Pick one or multiple movie genres.
Cinema release
First cinema release date in any country.
September 14, 2018
Description
“Becoming Astrid” is a biopic about Swedish children’s author Astrid Lindgren, creator of the iconic character Pippi Longstocking. She is portrayed by Alba August, who stars alongside Maria Bonnevie, Trine Dyrholm, Magnus Krepper, and Henrik Rafaelsen.
Where you watch
Downloads and Streams

Is Becoming Astrid available as a pirated stream or pirated download?
No, not yet.

When will Becoming Astrid officially be available?
As of now, there's no release data announced. This includes official services such as iTunes, Disney+, Blu-Ray or DVD release.