Mr. Meeseeks   January 14, 2018
Add to list
Receive an email once the selected quality (or above) has been reported 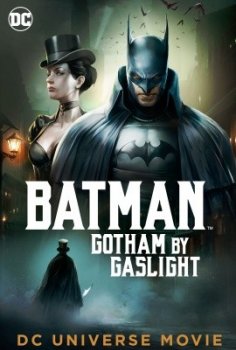 Title
Confirmed and upcoming movie titles only! Search before adding to avoid dupes.
Batman: Gotham by Gaslight
Year
The year the movie is set to be released.
2018
Director
Sam Liu
Genre
Pick one or multiple movie genres.
Cinema release
First cinema release date in any country.
January 12, 2018
Description
Based on the DC Comics one-shot “Gotham by Gaslight”, the thirtieth DC Universe Animated Original Movie (third ‘R’ rated) follows steampunk Batman hunting down an infamous serial killer known as Jack The Ripper. Chinese animation director Sam Liu will be at the helm of an eleventh DC film, this time from a James Krieg screenplay.
Where you watch
Downloads and Streams