Trashious   August 25, 2017
Add to list
Receive an email once the selected quality (or above) has been reported 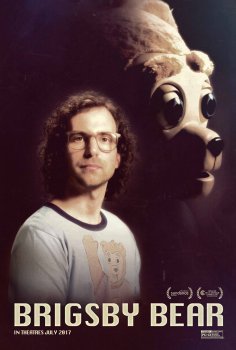 Title
Confirmed and upcoming movie titles only! Search before adding to avoid dupes.
Brigsby Bear
Year
The year the movie is set to be released.
2017
Director
Dave McCary
Genre
Pick one or multiple movie genres.
Cinema release
First cinema release date in any country.
July 28, 2017
Description
Brigsy Bear is about James and how his life totally changes when his favorite show, Brigsy Bear Adventures, ends. James has to face the real world but hangs on to his tv-show as support.

It stars SNL's Kyle Mooney as well as Mark Hamill, Jane Adams and Greg Kinnear. It's directed by Dave McCary who has been a writer for SNL since 2013 and has directed many of their famous skits in the past. The movie has been called creative, admirable and scores a lot of points being an indie movie.
Where you watch
Downloads and Streams

Can I download or stream Brigsby Bear? Yes. Reports of pirated torrents and streams are available below.
When will Brigsby Bear be available on digital platforms like iTunes, Amazon or Apple+? As of now, there's no release date announced. This includes iTunes, Amazon, Blu-Ray and DVD.