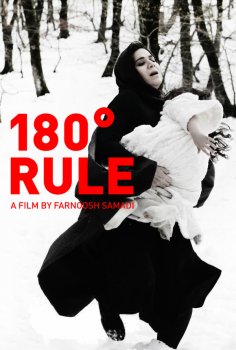 Title
Confirmed and upcoming movie titles only! Search before adding to avoid dupes.
180 Degree Rule
Year
The year the movie is set to be released.
2020
Director
Farnoosh Samadi
Genre
Pick one or multiple movie genres.
Drama
Description
The debut feature film by Iranian director and member of the Academy of Motion Picture Arts and Sciences, Farnoosh Samadi, was premiered at Toronto Film Festival and will be also screened at the London Film Festival. The film is supposed to be a first chapter of a trilogy. It’s a family drama about a conflict between a husband and a wife about wedding attendance, that leads to a tragedy.
Where you watch
Downloads and Streams

Is there a 180 Degree Rule torrent or stream available?
No, not yet.

When will 180 Degree Rule officially be available?
As of now, there's no release date announced. This includes official services such as iTunes, Disney+, Blu-Ray or DVD release.